No Komando of the English language

I’ve been following Kim Komando aka the “Digital Goddess” since the 1990s. I used to listen to her Saturday-morning radio show, and it helped me to stay informed on then-emerging technology.

Komando has a Breaking Tech News page that I check every day, but whoever posts her headlines is either functionally illiterate, or English is not his or her first language. This has been going on for at least a couple of years. If Kim Komando was just an ordinary blogger, this level of sloppiness would not be so shocking.

This year I finally started posting screenshots of the more egregious errors on Komando’s Twitter feed. My first Typo-tweet was: 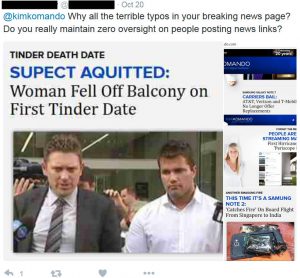 This first one actually got a response from the great lady herself:

A better spell checker? Like a human proofreader, you mean? Obviously no spellcheck is being done at all… and wouldn’t solve the problem anyway. (Which the next typo-tweet points out.)

A few weeks later I tweeted this follow-up to Komando: 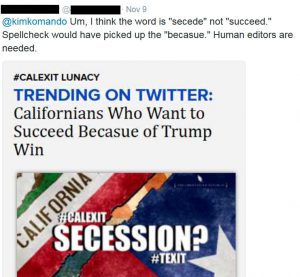 My next typo-tweet was this one: 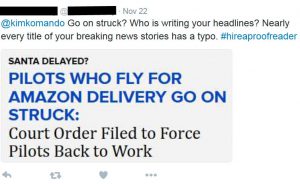 …followed by this one: 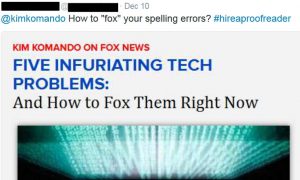 Komando did not comment on any of my follow-up tweets. Maybe she thought that the errors were weeks apart because my typo-tweets were, but I was holding back so as to not badger her. Especially since I was using my personal Twitter account.

However, when I checked the Komando website a few days ago there was a fresh batch of headlines that contain ZERO TYPOS! Good job, Kim!

I’m cautiously optimistic that my typo-shaming campaign worked to effect change, but of course I will continue to monitor the website. And if I need to typo-tweet in the future, I’ll be doing it from the new WebWordsmiths Twitter handle.

Update: The day after I wrote this post, the site added 3 new stories. The first one had the word “display” spelled as “diplay” but the second one is more of a content issue. Do you see what I see? 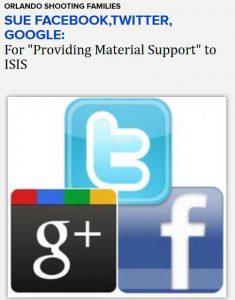 Technically, it should be “Orlando-shooting families.” I know that looks strange, but the word “shooting” is being used not as a verb but as half of a compound adjective. Hopefully the city of Orlando is not shooting families!

This is why copyeditors are needed in addition to proofreaders! A copyeditor would have rearranged the words to avoid the need for a hyphen at all.

Lest you think that whoever is posting Komando’s news headlines is simply copying and pasting from their source, NO. He or she is writing copy! This is the actual headline:

I decided not to call her out via Twitter on this one due to the inflammatory nature of the news item itself.

Update: Now I see someone has changed the headline to “Orlando Shooting Families Sue.” Obviously a copyeditor WAS needed. Nice to see that I wasn’t the only one to notice this error.